Mr. Braswell fills the District 3 Commissioner seat left vacant by former Chairman Chad Stewart. He is a life-long resident of Johnston County and currently a resident of Princeton. Mr. Braswell works as a real estate developer and is a retired construction company owner and chief executive officer. Mr. Braswell has served as the Chairman of the Moccasin Creek Board for 22 years and has been a member of the Land Use Committee, the Princeton Lions Club, Princeton Booster Club, the Little League Board and the Boy Scouts Legacy Club.

"We've got a lot of growth in this County and we need to do everything we can to foster that growth," Braswell said after taking the oath of office. "I'm going to be a strong proponent for organized growth. I want to support our farmers and all of our industry. I hope to be a champion for the people, that's what I hope to do."

The District 3 Commissioner seat became vacant when former Chairman Stewart announced his departure to fill a position with the Johnston County ABC Board in early November. Mr. Stewart served as County Commissioner beginning in April 2013 and filled the roles of Vice Chairman and Chairman during his eight year stint as an elected official. A veteran of the U.S. Navy and longtime business owner in Four Oaks, Mr. Stewart acknowledged that his time as a County Commissioner was rewarding because it gave him the opportunity to serve his community.

"Public service has always been a cornerstone for the Stewart family. I am humbled and honored to have been able to represent the people of Johnston County for the past eight years. I am grateful for the support of my family, Johnston County voters, my fellow Commissioners and County staff during my time on the Board. Although it was time to step aside to pursue a new career opportunity, I will always look back at the achievements we had as a Board and take great pride in knowing the positive impacts we made on our County. I wish Mr. Braswell the best of luck and much success in his new position"

The Board of Commissioners accepted applications from interested citizens to be considered for appointment as County Commissioner representing District 3 in November. Pursuant to North Carolina General Statute 153A-27, applicants were required to be a member of the same political party and be a resident of the same district as the member being replaced. A map of the Johnston County Commissioner districts can be located online at www.JohnstonNC.com/commissioners. 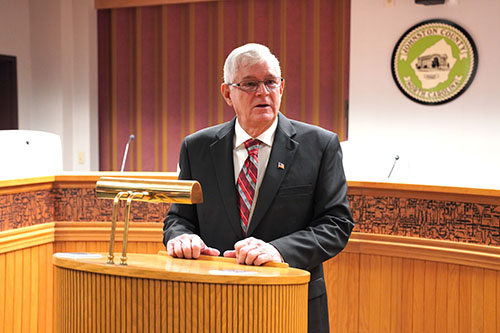 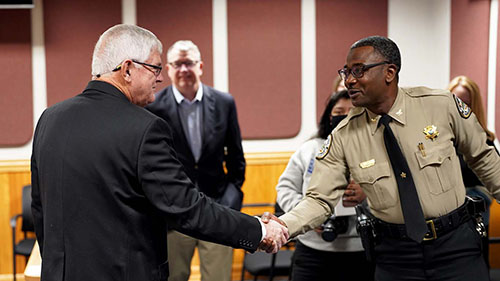 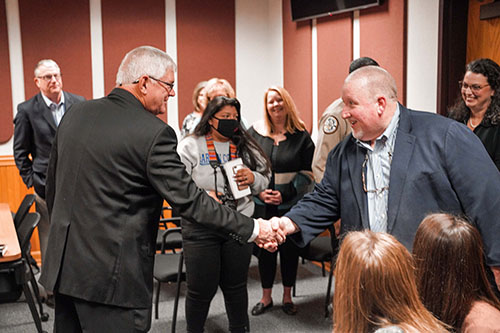