The Johnston County Heritage Center's exhibits are housed in the Holding-Richardson Exhibit Hall on the first floor or in the Visitors Bureau Gallery on the third floor. The building is open FREE OF CHARGE 9:00-5:00 Monday-Saturday(except holidays observed by the County of Johnston). While there's no charge for admission to any part of the Johnston County Heritage Center, voluntary donations are always welcome! 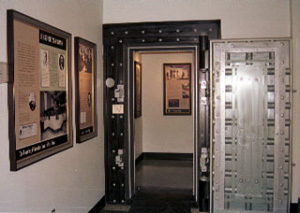