The Envirothon is a hands-on natural science academic event that challenges and engages students to think critically about the natural world and their role in it. The team-oriented competition focuses on five categories: soils/land use, forestry, aquatic ecology, wildlife and current issues and is sponsored by the North Carolina Association of Conservation Districts. 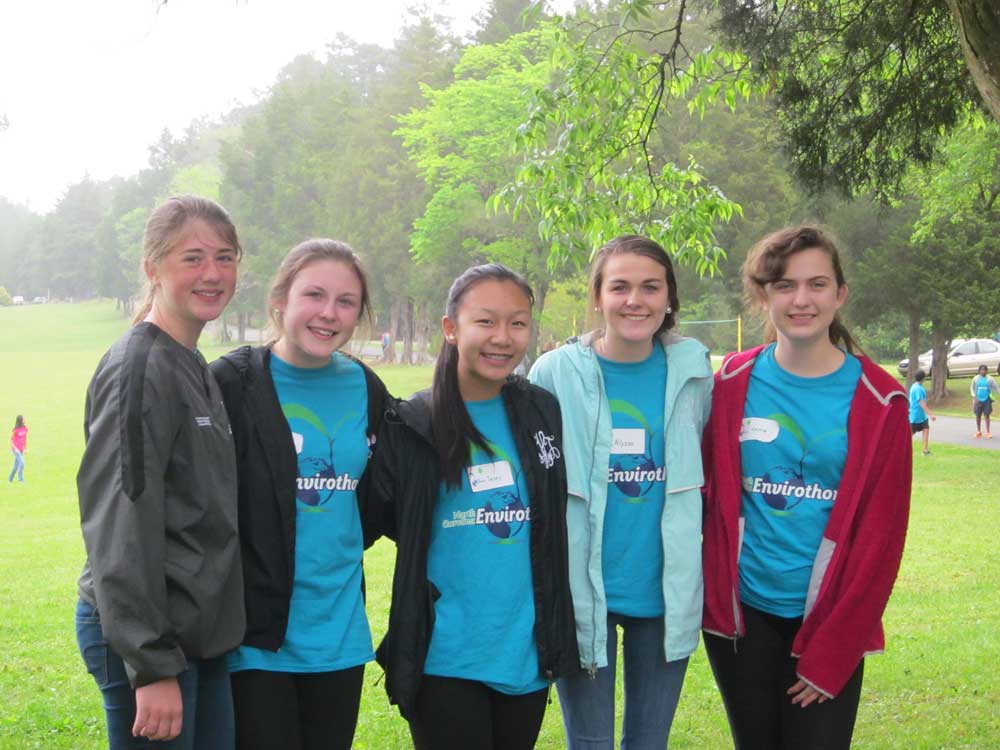